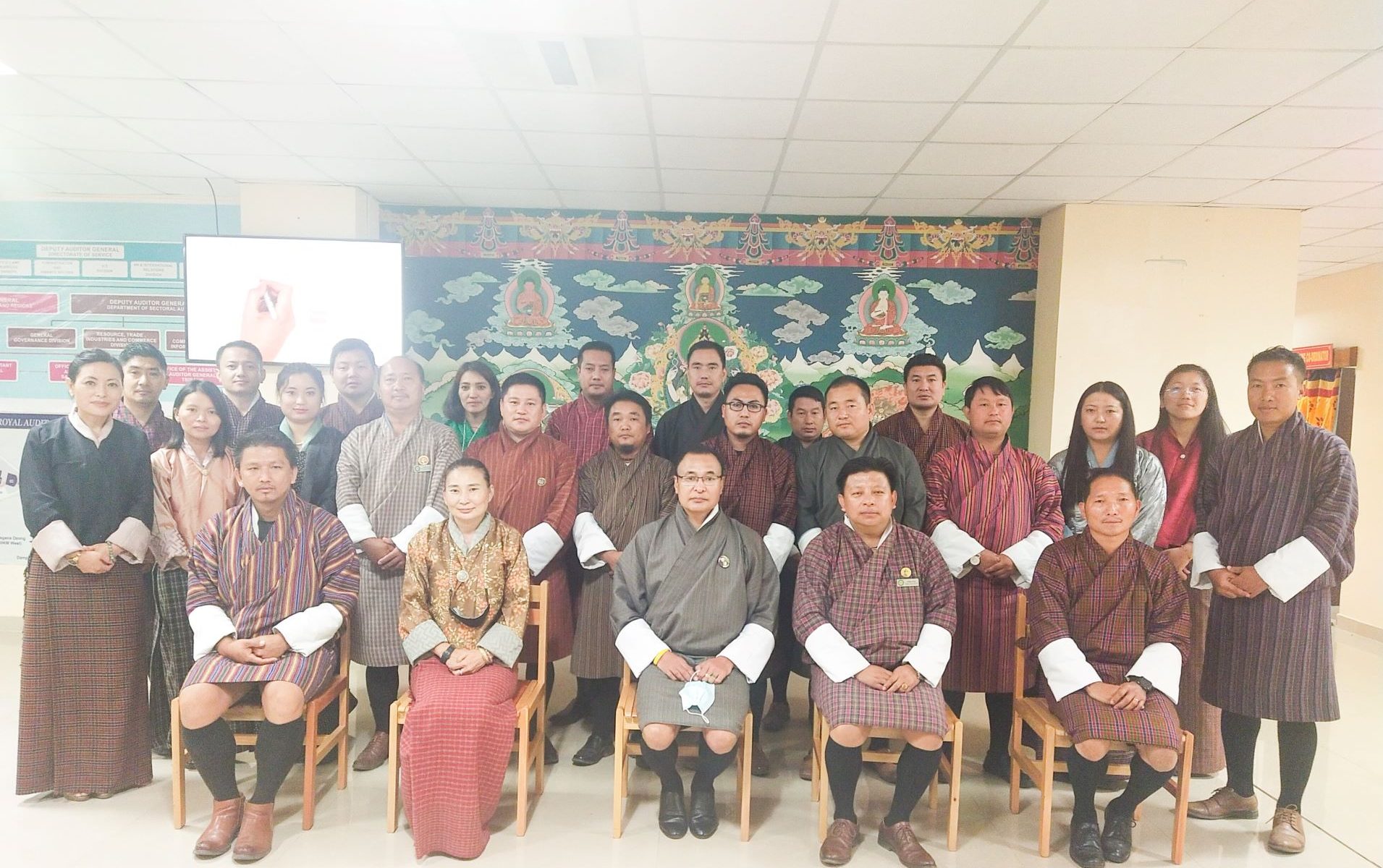 The closing ceremony was graced by Hon’ble Auditor General where the participants were awarded the Certificates of Participation. Prior to that, Dasho conducted an awareness program on Royal Audit Authority presenting the institute’s history, mandates, and roles and responsibilities as an oversight body. Dasho highlighted the “fraud triangle” through an anecdote and explained reasons for an individual’s decision to commit fraud. He pointed out a focus area for intervention as internal auditors so that people getting entrapped in the “fraud triangle” can be prevented.

The training program is a collaborative capacity development effort between the Ministry of Finance and the Royal Audit Authority. 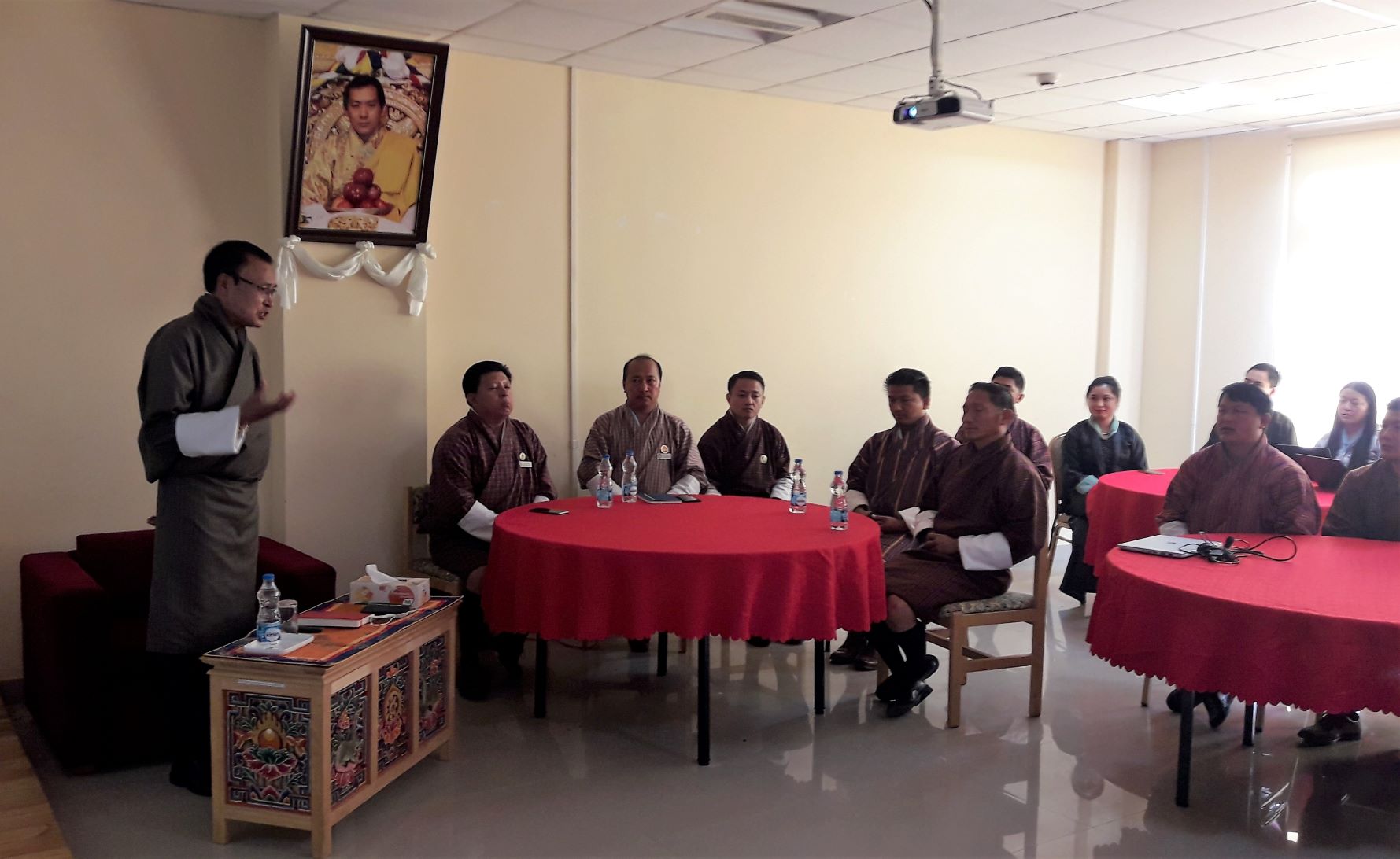 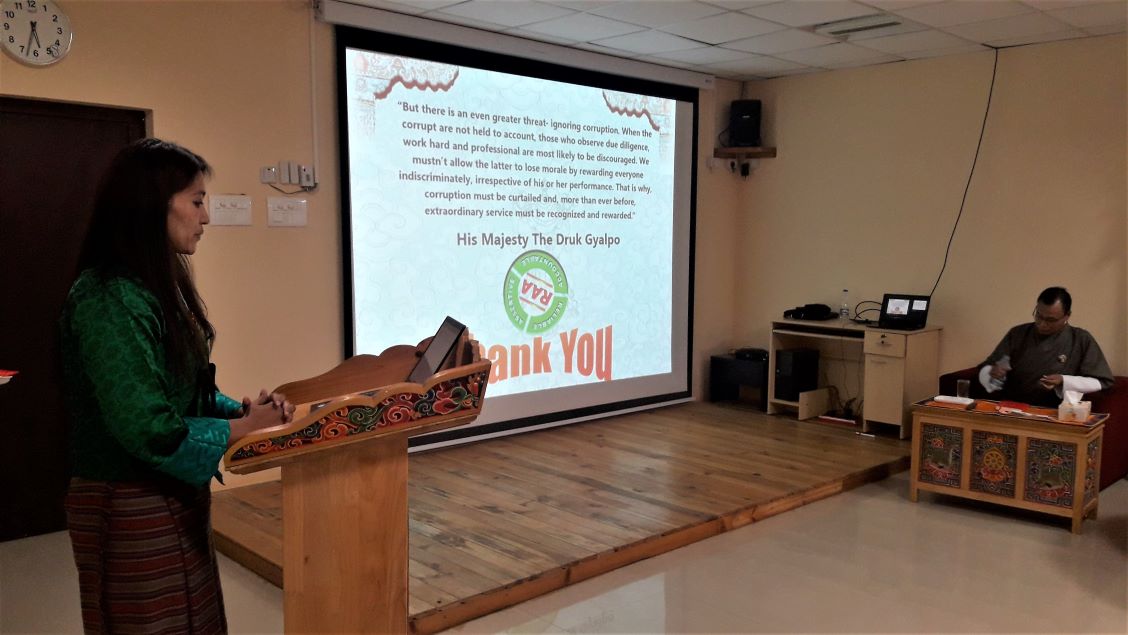