It began with a question on recollection of the meaning of “audit” and by instilling a sense of an auditor’s role in nation building. Dasho highlighted the potentials of a strong partnership between the Royal Audit Authority (RAA) and Central Coordinating Agency for internal auditors (CCA), and shared willingness to collaborate and work hand-in-hand to ensuring higher public accountability.

Dasho presented the history and origin of the RAA covering the timeline starting from the first proposal for a separate audit system in Bhutan by the 16th National Assembly in 1961 till RAA becoming a constitutional body in 2005. With a model – RAA’s Oversight Audit Model – he explained the roles and responsibilities of RAA as an oversight body between the Parliament and the Executives. He also highlighted RAA’s mandate, jurisdiction and audit process where he cited “In God and The Kings we trust, rest we Audit” to explain RAA’s mandate and jurisdiction in plain words.

Dasho explained – how similar to other agencies – RAA is subjected to audits such as the internal audit, the external audit by empaneled chartered firms and peer reviews by other supreme audit institutions.

Further, Dasho elaborated the “fraud triangle” theory and the three factors – Opportunity, Pressure and Rationalization, and explained reasons for a person’s decision to commit fraud through a hypothetical anecdote; and identified key areas for the internal auditors for their intervention to prevent our citizens from getting entrapped in the “fraud triangle”.

Followed by the advocacy program, Dasho graced the closing ceremony of a week-long capacity development program on Construction Audit for Internal Auditors – Batch II. Certificates of Participation were awarded to the 16 participants who are the internal auditor in various ministries and dzongkhags.

The training is a collaborative capacity development effort between the Central Coordination Agency, MoF and the Royal Audit Authority. 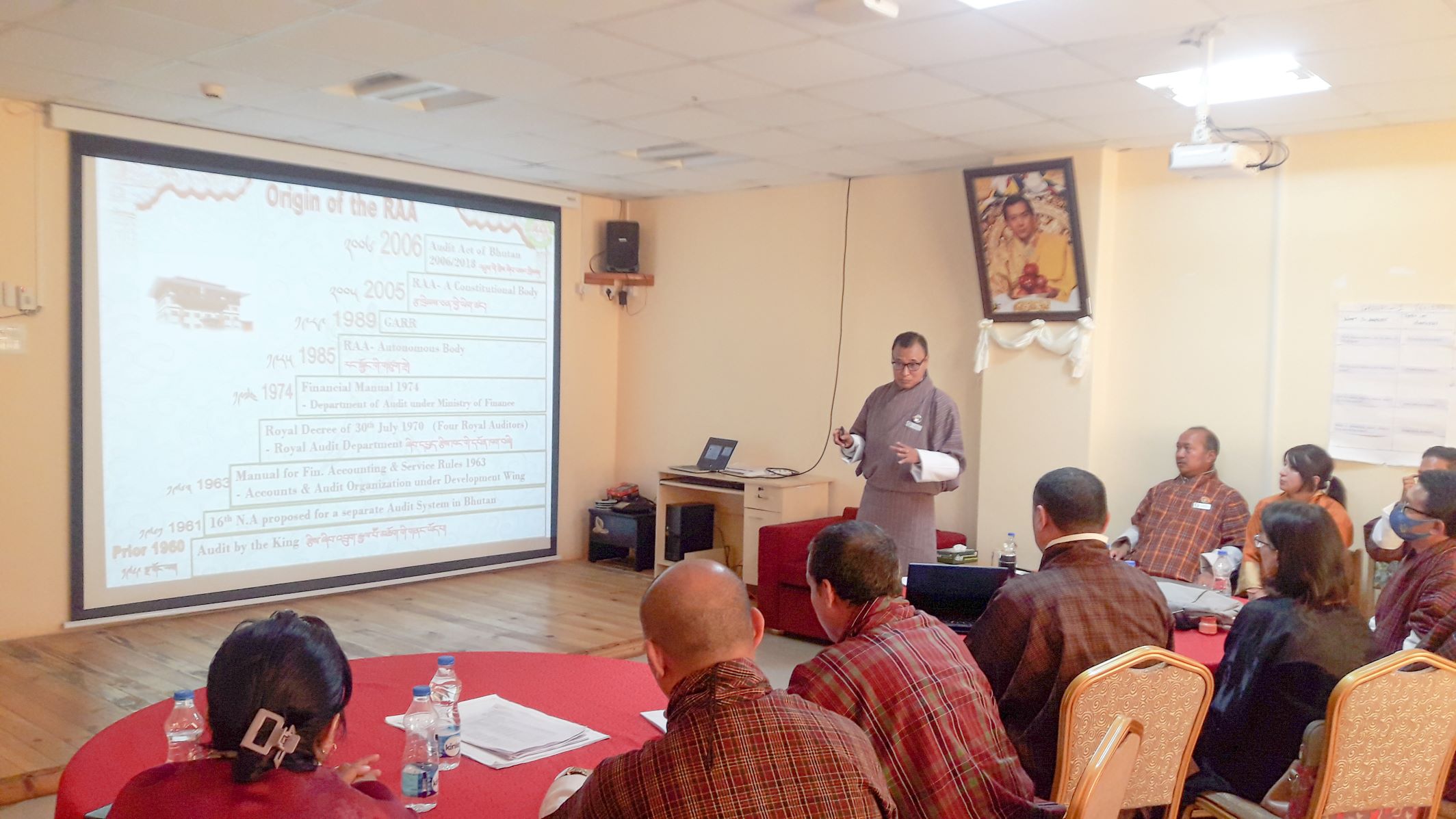 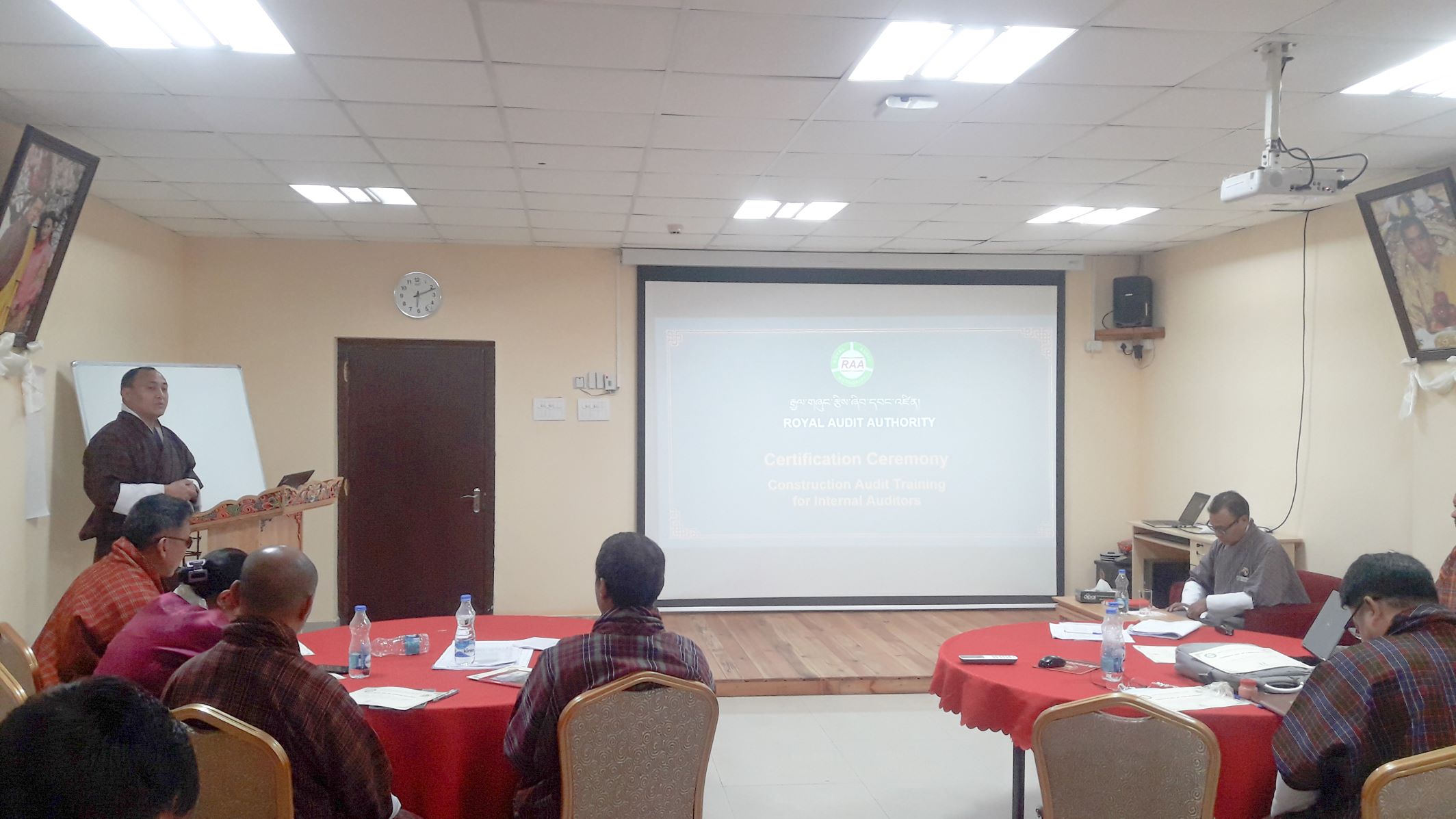