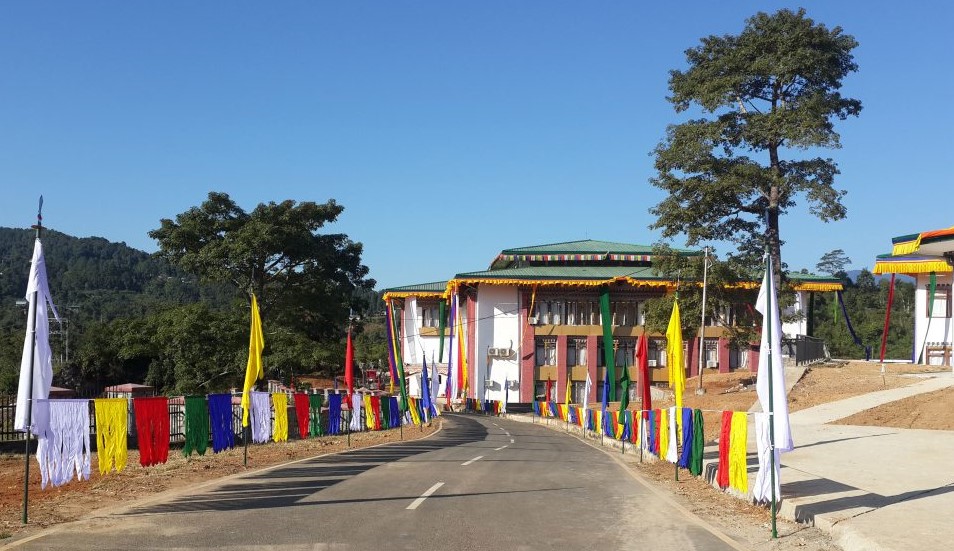 The Centre was inaugurated on 01 November 2018, coinciding with the Constitution Day of Bhutan and as a part of 50-Years celebration of bilateral relationship between the Kingdom of Bhutan and Republic of India.

The consecration ceremony was presided over by His Eminence Dorji Lopen of the Zhung Dratshang, which was also attended by four Lam Netens, Members of National Council, Tsirang Rabdey, Dzongdags, Drangpon, Officials of Local Government and other dignitaries. Dasho Ugen Chewang, Chairperson of the Druk Holding and Investments, graced the inauguration as the Chief Guest. Representing the Government of India, Shri Ashish Middha, Consul General of India, Phuentsholing also graced the ceremony.

The Centre is expected to play a vital role in not only enhancing capacity and competence of the RAA through regular capacity development activities but also to nurture human resources as jewel of the nation. As the RAA gain more experience and maturity, it will also be a place of assemblage of audit fraternities from around the globe for important conferences, workshops and other discourses, for professional capacity development.

Hence, the Centre aims to serve as platform for professional growth, explore deeper collaboration, to promote research and exchange of expertise and training in auditing and in other related fields.

“It is not a question of whether we have the capability to achieve success. The question is, Will we make the choice to stand up and take responsibility? Will we choose to make a difference?”

-His Majesty’s Royal Address to the NGOP, Thimphu 2013